"Good service" probably looks a little different to each of us. But, I guess, we can probably agree on the basics.

For example, having to wait at a counter for service in a retail store for longer than 30 seconds without being spoken to probably falls into the "poor" service category. Being greeted with a smile and a "How can I help you" as you approach the same counter probably sounds like good service. Right? Good, we are in agreement.

I recently bought a car from the Audi Centre Sydney - that's the big glass building you pass on Southern Cross Drive just before you reach the turn-off for Randwick.

It was probably the single worst service experience in my life. And I'm old!

The guys I dealt with must have taken lessons from Honest Joe, the Parramatta Road car dealer struck off by Fair Trading in 1968. Or the Cord Car Company at Burwood - who remembers those crooks from the early 80's?

Read on and let me know if you have had a worse experience ...

A friend referred me to a guy called Aari at this dealership. He was in the new car department and his service was great but it didn't take too long to work out I would be better with a near-new car. So, he introduced me to the guys in the used car section - I think they have some fancy name for this department, Audi Approved: Plus. Still used cars, still used car salespeople!

A young fellow called Lee was very helpful and we agreed on a car and a price. On the day I went for my final test drive of the chosen vehicle and to pay my deposit I was told by Lee's assistant manager, a guy called Vojta, that another buyer was currently test driving the same car (Hmmm!) ... would I mind waiting?  I didn't mind and it was only about 10 minutes.

Eventually, I went for my final test drive. Satisfied with everything I offered to pay my deposit but was rebuffed by Vojta who told me the "other buyer" had also made an offer to buy the car - unfortunately $2000 more than the price that had been agreed originally with Lee.  Would I be prepared to match the other buyers offer? No, I said, but don't worry, let the other buyer have it, after all there are probably lots of the same type of car available. I made to leave. Wait, said Vojta, I will just check this with my sales manager, he blurted. I waited and within a few minutes Vojta was back. It was a miracle, they decided to sell it to me at the agreed price and forego the extra $2000 - who knew? It was amazing! Pigs do fly.

It was at this point I should have left. But, I wanted the car, so I stayed. And it got worse.

If this had been "Lost in Space" the Robot would be waving its mechanical arms at me declaring "Danger, danger Will Robinson"  But I have no Robot and into the dark unknown I went.

After greeting me with the news that Audi Sydney were prepared to take a lesser price for the car than they could have achieved Vojta asked me if it would be OK for them to write up the deal at a lower asking price - they would deduct $15,000 from the sale price and also reduce the amount of my trade-in by the same amount. It would be the same bottom line for me, the same price Vojta insisted and I couldn't think of an argument against the idea so I agreed without another thought.

It was only afterwards I discovered the reason Vojta was so keen to lower the sale price of the car was to ensure no luxury car tax would be payable.  The new price would come just under the threshold meaning his dealership would not be liable for tax.  How's this story sounding so far?

Before paying my deposit, however, Vojta introduced me to Khalil "who would look after me for the rest of the process".  It took me a moment to work out that Khalil was the Finance and Insurance guy, employed to sell me car finance, rustproofing, alarms etc.

Mostly he was after the finance.

He started off on the right foot, trying to build a relationship, before asking how I was going to finance the purchase. I have everything arranged with my bank, I explained.  But what are they charging you?  It doesn't matter, I replied, I am satisfied with what they have offered me.

Wrong answer!  This was like a red rag to a bull, like I had thrown down the gauntlet, like I was presenting him with a challenge that placed into doubt his very manhood.  It was very serious - I could tell from the look on his face and his change in posture - he started to stand and lean over the desk.  My fifteen-year-old daughter who was sitting next to me was scared.

In the end I had to tell this clod we were simply not interested.  I think I raised my voice to make my point very clear.  He backed down, resumed his seat and dismissed us with the flick of his hand.

Finally, we were shuffled on to a very polite young lady who spoke to us in bursts between posts to facebook which she managed with just one hand - amazing! She was probably bored, poor thing. She took our deposit and off we went.

A week or so later I arrived to collect the car.  Despite previous arrangements one of the tyres had not been replaced - what was I expecting?  Really!!  I drove away with a faulty tyre with the promise they would replace it whenever I returned.  Ask me if I have been back.

A couple of years ago I read a book called, The Ultimate Question.  The author, Fred Reichheld, says most customer satisfaction surveys are a waste of time.  They are too long, ask unnecessary questions and often the results are ignored by the very companies requesting the answers.

Reichheld says businesses could reduce their surveys to just one question and get much better results.  The question is, "On a zero-to-ten scale, how likely is it that you would recommend us to a friend or colleague"

If Audi Sydney had sent this question to me in a survey I would have answered ZERO.  Theoretically, someone from their customer service department (if they have one) would call me and ask me why.  And I would tell them this story.  In a perfect world they would act on what they heard from me and make changes that would ensure my story never occurs again.

But they didn't ask me this question.

Or any question, for that matter.

In fact, they have never sent any sort of customer satisfaction survey or inquired about my transaction from that day to this.

Why is this so?

It's because they are not interested in the feedback and opinions of their customers.  Which is why they have such atrocious customer service. There's something deeply wrong with the culture at this place so I would strongly recommend you do not shop there - they are not interested in you or your opinions of their service, only in making another sale.  Yuk!

(In case you're wondering, we have been using customer satisfaction surveys at Prudential Real Estate for the past 2 years based on the Ultimate Question.  Our average rating on the scale zero-to-ten for all transactions is almost 9. We try to improve this score every day based on the opinions of our clients and customers.  A pity other companies don't do the same) 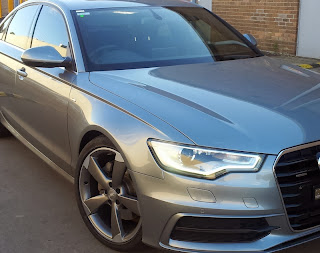 Property? Check it out.